Physiotherapy to the next level

Xplore Group developed a robot that allows a physiotherapist to monitor a patient’s gait more efficiently and accurately. At the same time, the physiotherapist no longer depends on a traditional, permanent camera set-up.

The robot was used during a test project at the Edouard Remy nursing home in Leuven, Belgium. The monitoring of the health of the nursing home’s residents is based, among other things, on gait analysis. Until recently, the nursing home used a permanent set-up with a static camera to gather the necessary data.

Xplore Group developed a mobile robot that can register the resident’s gait anywhere in the building. As a result, the physiotherapist no longer depends on the fixed set-up. At the same time, the robot provides a more accurate observation of how the residents move in a real context, rather than in a test environment.

The solution combines various components, including a home-cleaning robot, a kinect camera and obstacle avoidance software. Xplore Group developed the software that analyzes the actual images. The project resulted in a better and more focused follow-up of the residents. 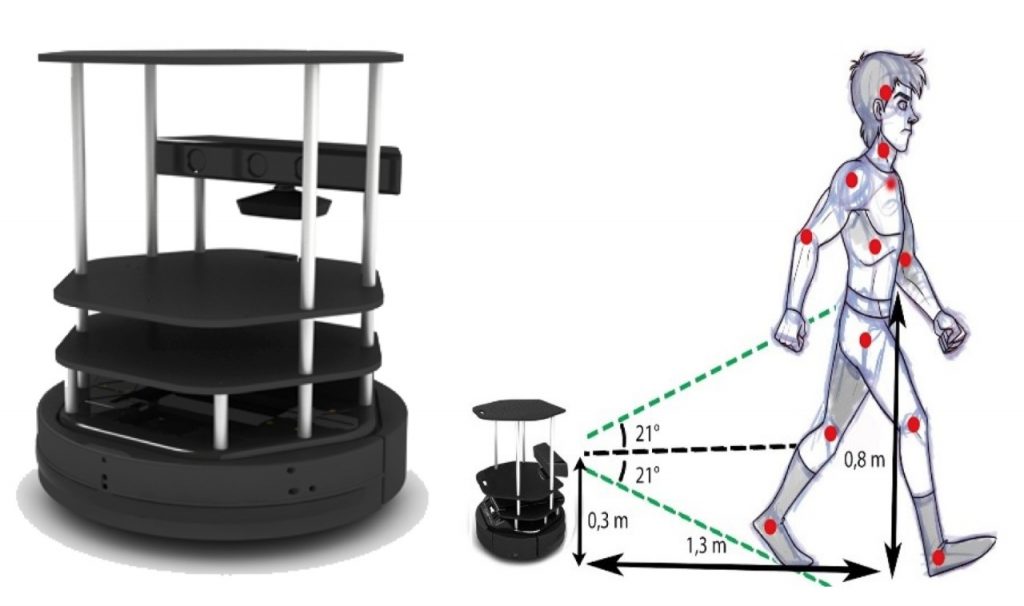 A test project in search of an efficient gait analysis solution.

Xplore Group built a robot to accurately register and analyze a person’s gait.

The physiotherapist can use the robot at any location and doesn’t depend on a fixed camera set-up. The gait monitoring takes place in the resident’s real living environment.